This is another last minute auction spot, as Barons is tomorrow, and I didn’t know about the whole auction until today. Luckily there are only a couple of cars I like throughout the auction unlike some others where there are dozens. This BMW 8-series is my first pick and though it is a V8 rather than a V12 I would still own it, it looks to be a nice car. According to the listing the car has full history and the owner believes only 3 owners and the car has only covered 5,000 miles in the last seven years, not bad but a bit of a shame perhaps. The car has been in the storage for the last three years, which always works brilliantly for electric cars when you pull them out and everything goes wrong (though it is important to say that this has been maintained and MOTd during this time). The listed 74,000 miles is low for one of these, and certainly makes the car more desirable. I think the guide price of £7,000-£9,000 is justified though whether it makes that is another question. 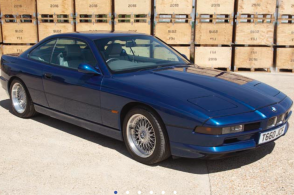 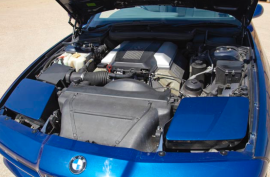 We want to share our love of the automotive industry and to get our – and your – opinions out there. We love anything with an engine and want you to share that love with us.